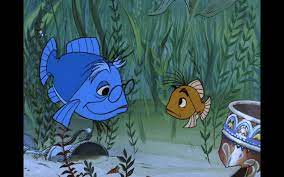 Kate:  Shushou’s experience in The Wings of Dreams reminds me of Merlin training Arthur in T.H. White’s The Sword in the Stone. Merlin turns Arthur into multiple animals to train him in different forms of governance. Likewise, Shushou experiences different types of leadership on the Shouzen. She comes to appreciate the efficiencies as well as flaws of different approaches.


Is the trope common in Japanese fantasy? The idea that training entails not just discipline but various types of exposure?

Eugene: The training trope arises out of religious ascetic practices. Hills of Silver Ruins describes the rigors of these training regimens in considerable depth, including their connection to pilgrimages (see chapters 25 and 26 of book 3).

Although strongly associated with Zen, these ascetic practices were formalized during the Heian period by a syncretic sect known as Shugendo. Especially in the martial arts/wuxia genre, the training trope in Japanese fantasy closely tracks Shugendo rituals.

The "waterfall exercise" (滝行) depicted in the sidebar of the Wikipedia article has become the stereotypical Shugendo ritual. (Do an image search on those kanji for many examples.)

Kate: Youko begins Shadow of the Moon desperately wanting to be a good girl who gains approval by not making waves. Rather like Buffy, she is the innocent young woman who inherits a difficult position, not entirely desired (I just want to be a normal girl!). How do the Japanese react to Buffy? 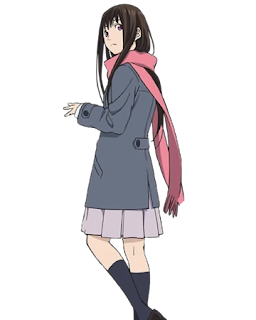 Eugene: Buffy reflects the archetype but I'd call this more an example of convergent evolution. Alas, the best I can tell, only two seasons of the DVD are available in Japan and they're out of print.

Yet there are important distinctions. In the rom-com genre, even with fantasy elements, it is common for one or both of the protagonists to have already reached the top of the high school pecking order (academically too). Yuki in Fruits Basket and Miyuki in Kaguya-sama are student council presidents.

When it comes to fighting demons (Beyond the Boundary) or solving mysteries (Hyouka), the Scooby Gang typically hangs out in their own clubroom away from everybody else. Hiyori in Noragami doesn't appear to give her social life a moment's thought. Being "popular" isn't on the agenda.

Just as common are antisocial characters like Hachiman (a young Gregory House) and Yukino in My Teen Romantic Comedy SNAFU who only interact with their fellow students after considerably arm-twisting. 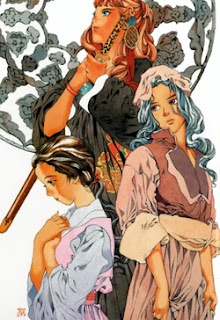 Kate: In A Thousand Leagues of Wind, Suza and Shoukei both undergo internal changes to their beliefs. In terms of the 7 deadly sins, they are skillfully drawn characters who embody (at first) pride and envy: pride in one’s misfortunes; envy of others’ good fortune. Fuyumi Ono reaches C.S. Lewis’s levels of capturing normal human motivations for bad behavior!


Pride & envy top the list of bad behavior in both Western and Japanese culture—the Japanese version, however, seems to focus less on power (how my pride damages others) and more on the story one tells oneself (I deserve this). The greatest distaste is reserved for those who don’t act and take responsibility because they imagine they are above it all.

In other words, in Japan, the sin of omission is greater than the sin of commission. Does that distinction seem accurate? How do omission and commission relate?

Eugene: Over the past two centuries, Japan (collectively and in terms of statecraft) moved from a national state of introversion, to a spasm of destructive extraversion following the Meiji Restoration, and since 1952 has struggled to balance the two. However, unlike the United States (as a collective and speaking very generally), the default psychological state for Japan is introversion (and thus the Edo period). 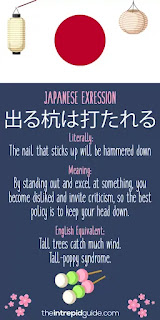 The first half of the twentieth century turned out to be a brutal object lesson in this regard, proving perhaps the best-known proverb in the Japanese language outside Japan: The nail that sticks out gets hammered down. This can be seen in a well-established Japanese business practice like ringi, a consensus-seeking system, according to which everyone has to sign off on a decision before it is implemented.

The problem is that all the efforts made to avoid sins of commission result in sins of omission where decisions don't get made in an expeditious manner and nobody is really responsible for the decisions that eventually do get made. One result is that the whole concept of venture capital, investors betting big in order to win big (and losing those bets 90 percent of the time), has been slow to catch on in Japan.

That may explain why the character arc that takes the protagonist from a passive state to a proactive one carries that much more weight in the Japanese narrative tradition. Despite having every reason to "beweep their outcast states," protagonists as different as Youko in Shadow of the Moon, Natsume in Natsume's Book of Friends and Koguma in Super Cub each rise above their (passive) lots in life by choosing to act.

Therein lies the greater risk, but also the greater reward. Hunkering down and doing nothing is the worse choice. 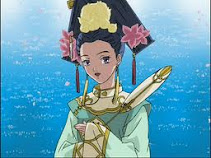 Kate: Shoukei is interesting in this regard since she (eventually) and others hold her responsible for never trying to find out what her father was actually doing. Maybe she couldn't have stopped him but "I didn't know" is not an excuse!

However, at the end of Thousand Leagues of Wind, I was somewhat disappointed that Shoukei didn’t retain at least some of her ego and continued on as a kind of reformed Cordelia character. Does Japanese literature have many Cordelias? Granted, there is Shushou, but she is more of a “tell it like it is” character. What about “the queen bee”? Does she have a place in manga/anime?

Eugene: Renko in Hanako and Anne is the archetypal loner Cordelia. When she shows up at Anne's school, haughty and aloof, she really is their social superior, as she is the cousin of the Taisho Emperor (albeit illegitimate). Several scandals later, she gets disowned and ends up a commoner, so she also has the most interesting character arc.

Shinka in Love, Chunibyo & Other Delusions desperately wants to be a Cordelia, and carries it off some of the time. But to her great consternation, she keeps ending up with the geeky Scooby gang she swore she was going to put behind her when she graduated from junior high school. 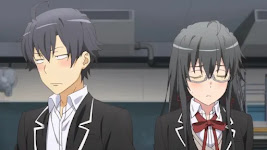 Yukino Yukinoshita in My Teen Romantic Comedy SNAFU is mightily annoyed that she was passed over as heir to the family corporation. She is so aloof that her homeroom teacher invents a social welfare club (to assist other students with their problems) and makes her and Hachiman Hikigaya (who has the personality of Gregory House) the members.

Kaguya Shinomiya in Kaguya-sama: Love Is War is the student council vice president at Tokyo's most elite high school. She's madly in love with Miyuki, the president, but simply cannot imagine herself confessing first. He's in the same position vis-a-vis her. In terms of social status, she's the Darcy and Miyuki is Elizabeth. Same for Yukino and Hachiman.

Nora in Noragami is an outcast regalia (a kind of familiar to a Shinto or Buddhist god) who goes around looking down her nose at everybody as she wreaks havoc far and wide. Very much an unreformed and unrepentant Cordelia (unless reforming and repenting serves her self-interests).

Outside of the lead role, the queen bee character shows up so often as a romantic foil, it's become a by-the-numbers trope, illustrated in the stereotypical scene where the male lead forcibly intervenes to make it clear he prefers the plain and down-to-earth female protagonist to her. She is usually found in a clique of like-minded girls and is largely relegated to comic relief.