Interview with a Translator, Part II 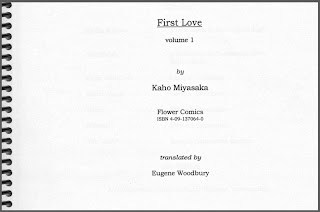 Part II of an Interview with a Translator focuses on the nuts and bolts of creating a translation:

Kate: Have you translated novels? Manga? Both? Which do you prefer?


Eugene: I've only done one "professional" manga translation, Osamu Tezuka's Triton of the Sea in 2013. When I was at Microsoft, one of my coworkers asked me to do a chapter of Fruits Basket for a scanlation group. I suppose that was my first "published" translation. Around 2003, my translation of Whisper of the Heart was picked up by another scanlation site that also no longer exists.

Oh, and I did some First Love translations for you, Kate. 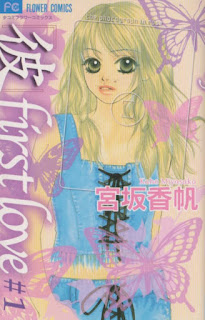 Triton of the Sea was the last project I did for Digital Manga. I'd previously done light novels, mostly yaoi. Digital Manga didn't have a big budget to work with. They mailed me a book, I emailed them a translation, they mailed me a check, and that was that.

I totally understand. I suspect in some cases they paid me more (at a bare-minimum rate) than they earned in royalties.

In the U.S. market, light novels are rarely (if ever) as popular as manga and anime. If a light novel doesn't have a manga or anime tie-in, the value of the IP in the U.S. market is close to zero. Twelve Kingdoms had an anime tie-in and still the novels (some of the best in the historical fantasy genre) floundered. I don't think any U.S. publishers pursued the license after TokyoPop lost it.

I'm sure Scholastic could make it into a hit, but that would involve a big up-front investment of the sort publishers don't like to make with unknown properties that already failed once in a market.


The rough draft of Triton went about as fast as I could type. Though technobabble and slang can slow things to a screeching halt. All things being equal, I prefer the more deliberate pace of translating novels. Maybe because there's more "there" there: novels provide more context for figuring things out. Yet without access to the author or editor, you still end up guessing.

With the Twelve Kingdoms novels, I've been able to immerse myself in a single fantasy world created by a single author; [I've] created my own style guides, found informative fan reference sites (this site run by Yoshie Omura has been invaluable), and gotten great feedback from readers. I can go back and revise long after the fact.  That's not an option on a commercial project. It's nice being able to do some things for the love of it. 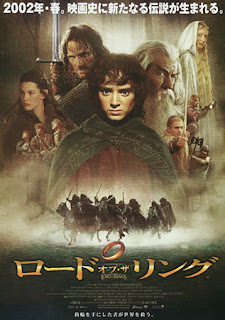 And then there's the Lord of the Rings debacle.

Basically, the bigger the reputation (say, Haruki Murakami or anything John Lasseter gets behind), the more time allocated for translating and editing. And time is money. Less prestigious projects (the vast, vast, vast majority of them) can expect only the tiniest fraction of those resources.

I typically worked on two-month deadlines (plus or minus). Even if the publisher could stretch it out, the translator can't afford to. A free-lancer has to work fast or end up making the equivalent of minimum wage. However much time you spend is going to butt up against how time the editor has to edit (the level of feedback and back-and-forth described on this site is rare when it comes to most light novels, manga, and anime). So there's this vicious circle always going on.

Kate: I own several manga series and a few novels. Overall, I've noticed fewer grammar/language errors, such as vague pronouns and passive voice, with dialog than with exposition. Is dialog easier to translate than exposition? Do translators feel freer to take artistic license with dialog?


Eugene: I think dialogue tends to fare better because we "hear" it, even when written down. The perpetual problem with proofreading is that, having written or read something, the meaning registers itself in our brains and we stop seeing the word-by-word text. A tried-and-true technique is to put a manuscript aside for a week or two so you forget what it "means" and have to reread it.

But again, the enemy is time. And time is money.

Kate: Language is inherently ambiguous--all those metaphors, idioms, and colloquialisms! A translator must--to a degree--make some decision about meaning. Are translators able to retain the ambiguity of figurative language when they translate?


Eugene: Like Zack Davisson, I believe that a translator can't translate literally and expect the reader to understand all the cultural references. The translation has to mostly reside in the literary context of the target language. So as long as it doesn't create anachronisms, I will employ references and allusions I believe the writer might have used if the writer were writing in English.

In chapter 36 of A Thousand Leagues of Wind, for instance, I used "A whiter shade of pale." The adverb here is「白々」which Daijisen (Shogakkan) defines as "the state of the brightening sky at dawn" (白 by itself means "white"). It's close enough in meaning that I couldn't resist the allusion. Here is the relevant lyrics by Keith Reid from "A Whiter Shade of Pale":