Interview with a Translator, Part IV

This final post of an Interview with a Translator wraps up the major topics/themes covered in the previous posts. (More posts may follow in the future.)

Kate: Idioms are very culture-based. Have any Japanese idioms ever tripped you up? Which (if so)? What is an example of an idiom that simply does NOT translate into English?


Eugene: Honorifics are a constant problem. Luckily some like sensei and -san have bridged the gap intact. I prefer to define honorifics in context without translating them since the standard forms of address--Dr., Professor, Mr., Mrs., Miss--sound unnatural.

I'd like to see the same thing done with Itadakimasu. The translated result is often a phrase that sounds clunky or anachronistic in English.

Itadakimasu (see below) literally means to humbly receive or partake. It can also mean "Dig in!" I would prefer to define it as "What Japanese say before eating." And then not translate it at all.

Learning another language teaches you how irrational your own language is. All language is that abstract, even onomatopoeia. It's fun to compare the different "sounds" animals make in different languages, as if animals were multilingual (though that is a fun idea). In Japan, cats go "Nyaa nyaa." Dogs go "Wan wan."

A not-technically-an-onomatopoeia unique to Japan is "Shiiinnn . . . " which is the sound of silence. Sparkly things go "Pika pika." An English equivalent might be "Bling." And there's more and more.

Kate: Is there a particular translator you would recommend (other than yourself)😀?


Eugene: I honestly don't read that many translations. Books, that is. I watch subtitles because my listening comprehension is not that good (another problem that plagues the late starter in language acquisition). By reading subtitles I can usually understand what I’m hearing. If a translation is good enough, it becomes transparent. So I tend to only notice a translation when I disagree with it.

So here are some translations I've disagreed with.

TokyoPop's translation of the Twelve Kingdoms novels rendered the titles of the emperors and empresses according to their literal meanings. That really annoyed me. It's the kind of thing that should have been relegated to a footnote. It's true that the nature of kanji means that the etymology is closer to the "surface." But people by and large tend to read "through" etymologies.

For the same reason my last name wouldn't be translated as "Buried Wood," Mr. Tanaka is Mr. Tanaka, not Mr. Middle-of-the-Field.

In Tamayura, the expression "na no de" is the protagonist's cute verbal tick. In the opening title, it's translated "so yeah," which I though was clever, in keeping with the personality of a teenage girl.

The problem is, it's translated the same way every time. I have praised consistency in translations, but there is such a thing, warned Emerson, as a mindless consistency. Because "na no de" is a ubiquitous conjunction whose meaning shifts around according to context, after a while I wanted to see a little variation, such as "just because" or "you see" or "that's why." 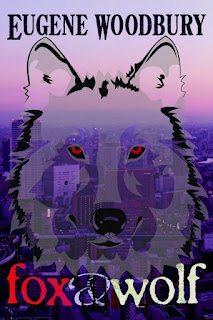 A really creative approach would be to come up for a slightly different translation each time, but that could turn out to be too much work for a marginal reward.


Kate: Zack Davisson states, "Knowing Japanese isn’t enough to make you a good translator. You have to be a good writer. You need creativity and imagination. It’s not too much work to master enough Japanese to read a comic, and any words you don’t know you can always look up. But to put that into English takes something more. In fact, I would say the balance of the job is something like 40% Japanese ability / 60% English writing. I have friends whose Japanese far surpasses mine, but they aren’t better translators."

You have written a number of novels. How did that writing influence your work as a translator?


Eugene: A multilingual computational linguist I knew a while back said the same thing: writing well matters more. One workaround is having a native Japanese speaker do a rough translation and getting a native English speaker to clean it up. This can cause problems if the English speaker doesn't understand Japanese well enough to correct the mistakes Japanese J-E translators make in English.

Any "literal" translation of Japanese will be littered with the passive voice, and the translator needs to channel his inner Hemingway. Miramax hired Neil Gaiman to rewrite the dub script for Princess Mononoke. Alas, not a step many publishers can afford to take.

Reading and writing and being critiqued a lot gives you more language construction tools to work with. It's easier to find the right word for something if you have more words in your vocabulary bank to start with.

Kate: What would you love to see translated?


Eugene: The light novel genre has improved tremendously over the past decade. Kadokawa, for example, bought a controlling interest in Yen Press and has partnered with Hachette. At this juncture, I couldn't tell you what titles have or haven't been licensed yet. That's a good sign.

The problem now is with (non-literary) best-sellers. Japanese publishers understandably want to see a big buy-in before licensing such valuable IP. To date, too many end up like the Twelve Kingdoms franchise, that was underfunded, undermarketed, and died on the vine.

The best-selling novel of 2014 in Japan was a YA historical adventure title: Daughter of the Murakami Pirates. It hasn't been licensed in the U.S. That's a title I'd like to see get more attention.

Kate: You are currently waiting for the next published novel from Fuyumi Ono. Do you have any projects in mind after Twelve Kingdoms? Or is Twelve Kingdoms a life-long project?


Eugene: Her next novel may well be the last in the series. If it still hasn't been translated, Daughter of the Murakami Pirates would be my next project.

Kate: As a job, how would you best characterize being a translator?


Eugene: Unless you're employed by a company, it's a free-lance writing job like any other free-lance job. It's also likely to be "work for hire," meaning that you don't retain any rights. So if you're not on "retainer" with a publishing house, after every job you've got to hustle up another one. That can be stressful.

Kate: As an avocation, how would you best characterize being a translator?


Eugene: It's one of those hobbies that takes over your life. You've got to enjoy that being the inevitable result.

Kate: What is the most important truth that partakers of Japanese manga, novels, and anime should understand about translation?


Eugene: First, things have never been better. Streaming changed everything. But the margins are still razor-thin. There's never enough time or enough money, meaning that quality is always going to war with costs. The only real long-term solution is to grow the market. It's an evangelical project.

And thank you very much, Eugene!